Dover rowers Jo Johnston and Maria West-Burrows represented club and country, as GBR04, by competing in the semi-final heats of the Woman’s Double Sculls division World Rowing Coastal Championships held at Thonon-les-Bains on Lake Geneva on Friday. By qualifying for, and competing in, the World Championships Johnston and West-Burrows are hoping to inspire others to take up sport or new challenges regardless of age. 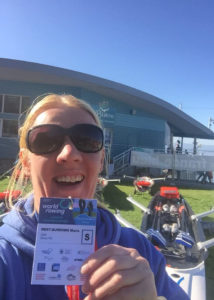 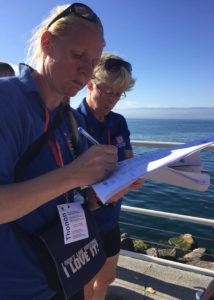 Maria showing off her accreditation and Jo and Maria signing autographs. 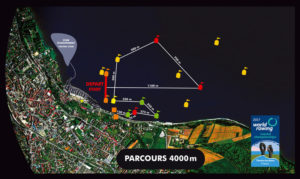 The course map for the World Rowing Coastal Championships displaying the 4 km route.

With an average age of over 50, Johnston and West-Burrows gave 20 years to most of their opponents, and rowed in conditions far calmer than they prefer. The initial 1100 metres leading to the first turn on the 4 km course saw a mass charge with Dover’s crew fighting to maintain a qualifying position. The run to the second turn saw the field spread out with Dover towards the back of qualifying and being pushed hard. By the fourth turn Dover had slipped out of the A Final qualifying position but were maintaining a qualifying place for the B Final. Their place assured Johnston and West-Burrows sought to conserve energy for the next race coming home behind their fellow GB crews from Welsh Sea RA in a time of 22:07.86. 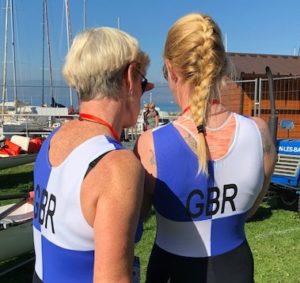 Jo and Maria in their club colours.

Saturday saw Johnston and West-Burrows line up for the B final along with other GB and Irish crews. Racing was tight to the first buoy with Dover in the leading group of four. The battle continued through the next three buoys with GBR02 the eventual winners and IRL01 easing ahead leaving Dover to battle GBR05 for third place. It came down to the penultimate turn where Dover dropped a length behind GBR05 to miss out on 3rd place by 3.08 seconds, finishing in a time of 21:24.82. Johnston and West-Burrows were the highest placed English crew in their event and had they been in the second semi-final their Saturday race time would have been good enough to qualify for the A Final. They finished the competition ranked 24th in the World in Coastal Doubles.

Following yesterdays AGM, please be advised of the 2017/2018 committee members:

Many thanks
Hon Secretary

Meridian News crew of Jenna Verdicchio and Siobhan Hart visited Dover Rowing Club to report on Jo Johnston and Maria West-Burrows qualification for the World Rowing Coastal Championships. Johnston and West-Burrows will be competing on Lake Geneva on Friday the 13th in the semi final heats aiming to reach the final on Saturday. Good Luck Ladies! 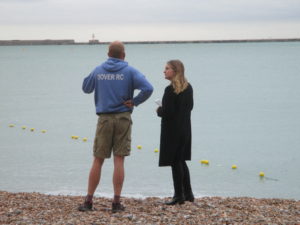 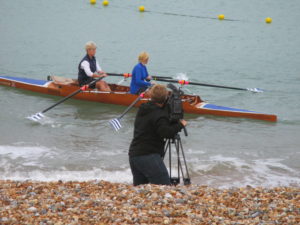 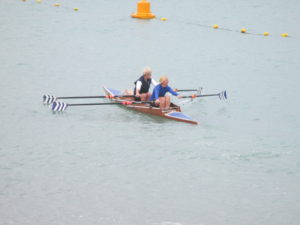 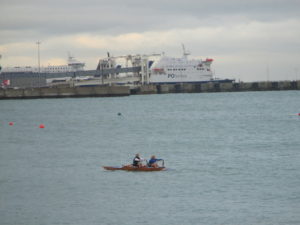 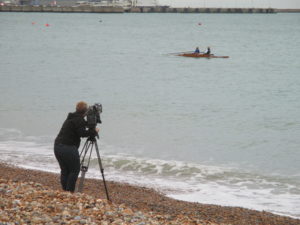 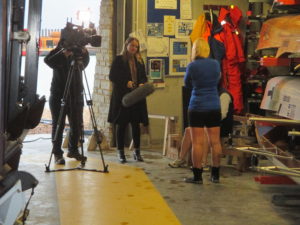 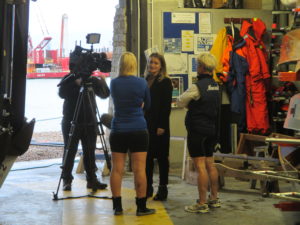 There was exciting news for Dover Rowers Jo Johnston and Maria West-Burrows as they received confirmation that their performance at the British Rowing Offshore Championships in July had qualified them straight into the semi finals of the 2017 World Rowing Coastal Championships held at Thonon-les-Bains, France. They will be competing as GBR4 on the waters of Lake Geneva in the Coastal Woman’s Double Sculls event and will be facing competitors from 9 other countries. The Dover crew will be competing in the blue and white of Dover’s club colours as it is traditional for this tournament to represent both your club and country. 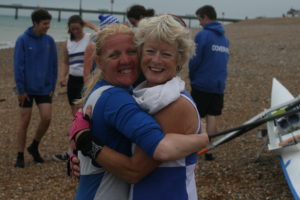 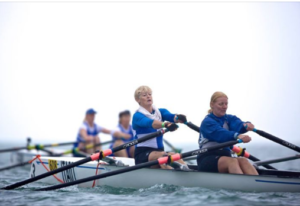 Whilst the rest of the club have entered off season training, Johnston and West-Burrows have been balancing work and family responsibilities as they train in Dover Harbour in preparation for their semi final on the Friday the 13th October. The heat will be based on a 4km multiple turn course with the final being run over a 6km course. The preparations have not been ideal given the temporary space restriction caused by the West Docks Development but both rowers are hopeful of qualification for Saturday’s final, although the present expected calm conditions are not in their favour.
Anyone interested in learning or returning to rowing should contact Dover Rowing Club via the Club’s website.