Dover Rowing Club took a small youthful group to Eastbourne Regatta this weekend. The regatta saw Nathan Peach record his first win with an outstanding performance in the Men’s Novice Sculls. Peach dominated his heat establishing an early lead and maintaining a comfortable margin to finish first. In the final the conditions had become more challenging, Peach took the early advantage leading after 300m. Working hard he maintained a good line to the buoy turns coming out ahead of the field before working inshore for better water. Herne Bay’s Marques in lane one had edged ahead as Peach straightened and began the sprint for the line with 400m to go. Gradually Peach overhauled his opponent pushing himself to a lengths lead before a late charge from Marques narrowed Peach’s winning margin to a half a boat. Peach also took 3rd place in a composite crew with Worthing and Eastbourne rowers in the Novice 4’s. 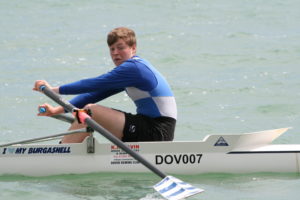 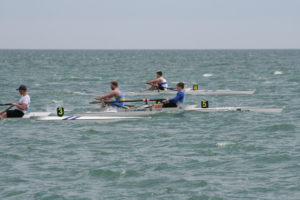 The J16 Ladies Quad crew of Chantel Mayes, Emma Spanton, Emma Oliver, SJ Bamfield, coxed by Jo Johnston got off to a good start and were once again battling Herne Bay for first place. With Herne Bay moving well the Dover crew dropped into the pursuit trying to close the gap, but despite their best efforts they had to settle for 2nd at the line. 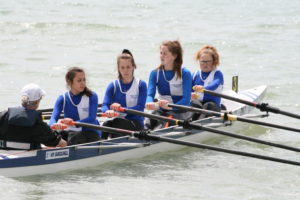 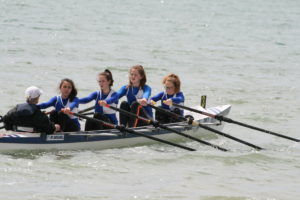 The Double Sculls saw Johnston and Rebecca Stothart facing a field including two strong Shoreham crews. The Dover crew struggled a little with their line on the outbound leg before moving inshore on the return run. Slotting into 3rd place they realised Shoreham’s 2nd place crew were struggling. The Dover crew gave their all closing rapidly but ran out of water at the line. Johnston competed in the Open Ladies Sculls race acquitting herself well against her much younger opponents, gradually moving through the field to take 4th place. 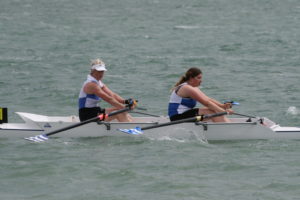 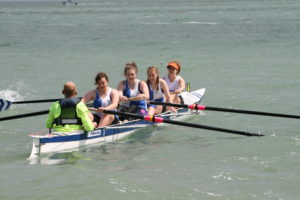 Novice Ladies 4’s had Maisy Saunders (Shoreham), Rosie Thorp, Morgan Evans, Stothart coxed by Tony Burrows. Dover’s crew found themselves in midfield of the start, slowly moving up to 4th place after the turn. They were unable to pull in the 3rd placed crew on the run home leaving them with a good points finish. 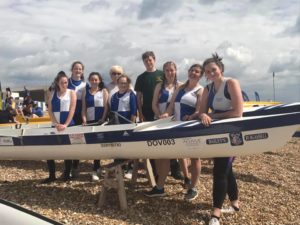 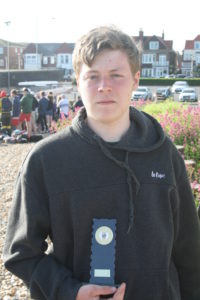 Dover Rowing Club had an excellent start to the season at Hastings and Bexhill Regattas. Ladies J16 quad crew of Chantel Mayes, Emma Oliver, SJ Bamfield, Emma Spanton coxed by Jo Johnston dueled with Herne Bay from start to finish at Hastings. With the lead changing several times Dover finished 2nd by a narrow margin. The young crew worked hard in Bexhill to reverse the position and took their maiden league win by a canvas over Worthing. 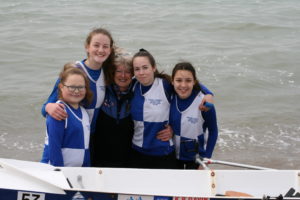 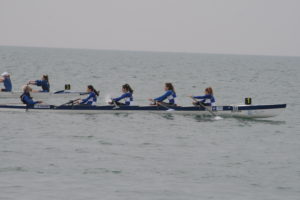 Ladies Novice 4’s saw Dover enter three crews at Hastings, the J16’s as Dover ‘A’, Ella Day, Brogan Day, Kate Day, Kate Smith coxed by Tony Burrows as Dover ‘C’, Rosie Thorp, Izzy Godden, Hannah Power, Rebecca Stothart coxed by Chris Price as Dover ‘B’. Dover ‘C’ had the better start and were in the leading three boats at the turn where they fought Folkestone around the second buoy. They were neck and neck for 2nd before pushing clear and in the last quarter rowing through Shoreham to take a fantastic win. Dover ‘A’ acquitted themselves well in their first sweep race coming home 4th with Dover ‘B’ just missing out on points in 7th. At Bexhill only Dover ‘A’ and ‘B’ completed with the ‘A’ crew repeating their performance from Hasting coming in 4th, and the ‘B’ crew improving to a points finish in 6th. 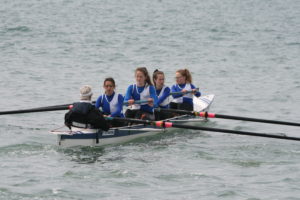 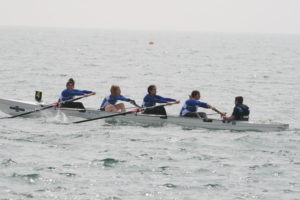 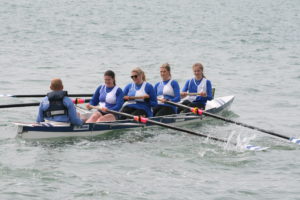 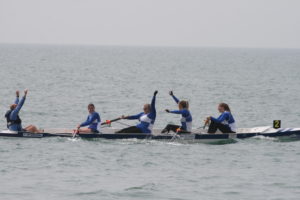 Men’s Novice 4’s crew George Newman, Matt Barnett, Nathan Peach, Michael Ripault, coxed by Oliver got a good start in lane 6. The crew featured young and mature rowers drawing a comment from a rival crew. First time cox Oliver said to herself ‘I am not having that’ and drove the crew hard from the turn. They eased past the offending crew, but were unable chase down the lead boat, coming home in a comfortable 2nd place.

Peach had to fight through heats in the Novice Sculls comfortably qualifying for the finals both days. At Hastings he got a great start and was initially leading before turning in third. He closed down on the second place sculler and they were swapping positions with each stroke in the last 100m. He lost out on 2nd at the line by the smallest possible margin. At Bexhill Peach came home in the points in 5th place. 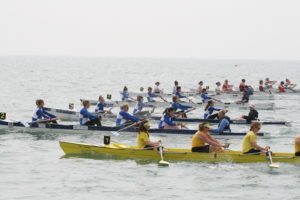 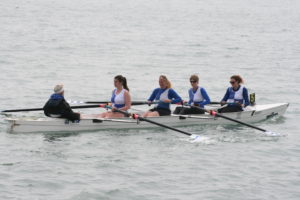 Ladies Junior 4 of Jen Jordan, Chrissy Purvis, Maria West-Burrows, Smith coxed by Johnston got a good start and reached the turn in 2nd just ahead of Herne Bay. The run home saw the Dover crew lose the battle for 2nd in the last 50m leaving them frustrated after a strong performance. 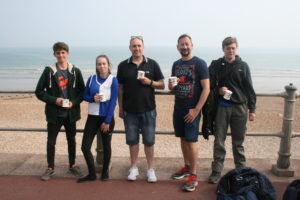 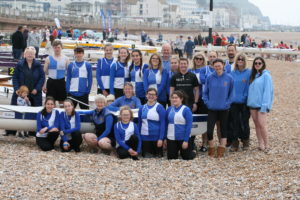