The annual coming together of CARA and Hants and Dorset ARA at Southsea, saw two Dover rowers braving the early start. Chris Hall and Tom Stothart were met with beautiful early sea conditions for the heats that roughed up for the finals. Despite racing in borrowed boats the boy’s overall results were the best Dover RC have managed in recent years at this event. 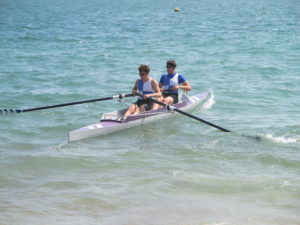 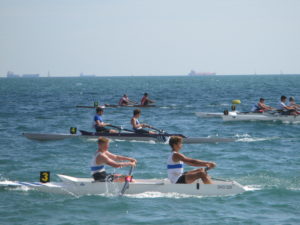 In the heats for the Men’s Pairs, Hall and Stothart had to appeal for a restart after a crash in the first few strokes stopped two boats. The restart saw them get off quickly, easing ahead of the field, with a comfortable lead at the turn, and they secured a place in the final by coming home in first. With the rougher conditions of the final pushing crews inshore, the Dover boys chose to move out from their inside draw. A coming together with Southsea at the three quarter point on the outside leg saw them drop to 5th at the turn. The young rowers worked hard to run down those ahead of them but by half way back they were in a three way tie for second before laying the power down to come home comfortably in the runners up spot. 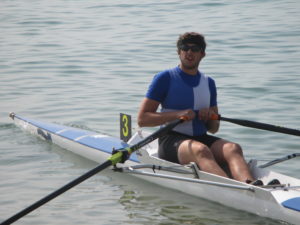 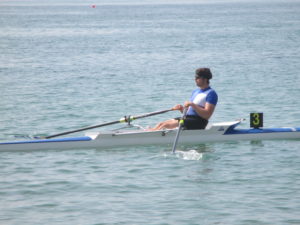 In the Junior Sculls Hall moved easily off the start and established himself in a qualifying position before dropping his rate to come home in the 4th qualifying spot. Hall moved strongly off the line and was battling the leaders. By the turn he was chasing the Bexhill rower whilst keeping an eye on the inside sculler from Deal. Pushing as hard as the conditions allowed Hall was unable to close the gap coming home second. 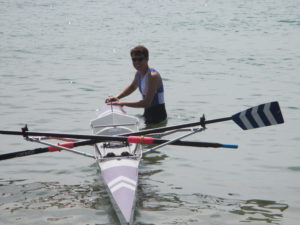 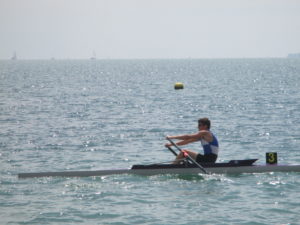 Stothart competing in the Novice Sculls moved comfortably through the qualifying round coming home in 4th. In the final Stotahrt flew off the start and had established a good lead as he approached the buoy turn. Unfortunately a terrible turn saw him come out with less than a length lead. The run home saw Southsea and then two Hants and Dorset scullers come past him leaving him in fourth, the second of the CARA scullers. 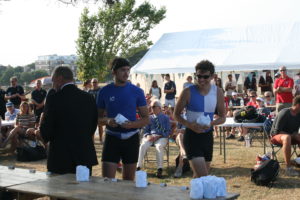 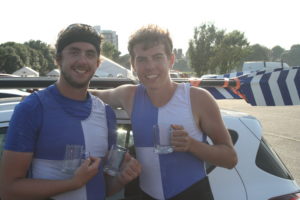 Dover RC would like to thank Deal and Herne Bay rowing clubs for lending boats to allow Hall and Stothart to compete.

Dover Rowing Club were in action at Deal and Worthing regattas last weekend. The Ladies J16 Quad of Rebecca Stothart, Chloe Bicker, Ella Day, Jade Jordon coxed by Tony Burrows got off to a good start and were quickly pursuing Herne Bay’s strong crew. By half way the Quad were comfortably 2nd, after pulling clear of Deal, holding that position to the finish. The same crew later competed in the Novice Ladies 4 alongside Dover ‘B’ crew of Antonia Reed, Sophie Wolfenden, Kate Day, Kate Smith coxed by Chrissy Purvis. Dover ‘A’ were in the mix from the start as they headed for the first turn whilst Dover ‘B’ had a steadier start. In the race for the second turn Dover ‘A’ were fighting Folkestone for 4th place. They out sprinted them to the finish to confirm 4th place, with the ‘B’ crew coming home 6th. 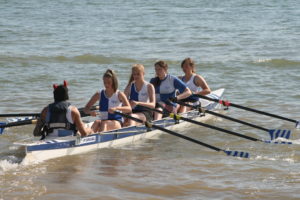 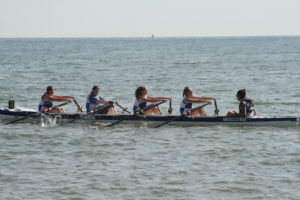 The heats for the Men’s Novice Sculls saw Tom Stothart and Nathan Peach race first. T Stothart appeared to be in contention at the half way point sitting in 4th with Peach chasing hard in 6th. At the last turn T Stothart was hit by Worthing who had tried to take his turn, stopping him dead. He would later be progressed to the final as a result. Peach finished well in 6th. Burrows found himself in a 3 way race for the last qualifying spot in his heat, he regained 4th after a excellent last turn but positions changed repeatedly before the finish with Burrows missing out. In a less dramatic final T Stothart secured 3rd place. T Stothart was one of two Dover rowers at Worthing, he qualified for the Men’s Novice final by winning his heat. In the final T Stothart found himself in a three way battle for second from the buoy turn. It was neck and neck until, with 10 strokes to go, T Stothart had second only to catch a crab dropping him to 4th. 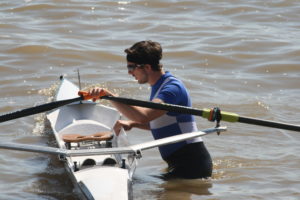 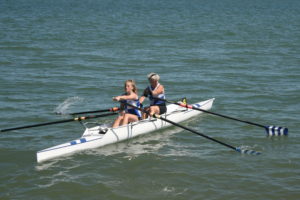 Chris Hall competed at both Deal and Worthing in the Men’s Junior Sculls. Hall held 3rd at the first turn at Deal and was unable to improve by the finish. At Worthing Hall was only able to take 4th from the outside lane. Hall and Stothart combined in the Men’s Junior Pairs, at Deal the boys found themselves in the lead after three boats tangled dropping to second on a bad turn. Comfortably in second the Dover Pair were crashed into at the second turn dropping them to 4th, the same position they were to take at Worthing.

The Ladies Junior 4’s saw Jen Jordan, Purvis, Maria West-Burrows, Smith coxed by Jo Johnston in a very competitive class. With crews running in shore the ladies crew did well to keep their turn before running home in 4th. The Men’s Novice 4 of Ollie Scrivener, Michael Ripault, Peach, Jacob Scrivener coxed by Jordon battled hard through the turns but couldn’t run down the lead crews finishing in 5th. Their Junior counterparts Guy Hadfield, Jon Cook, Hall, T Stothart coxed by O Scrivener were unable to get into the mix finishing in the last points place in 6th. 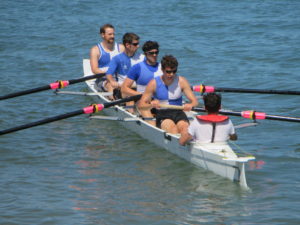 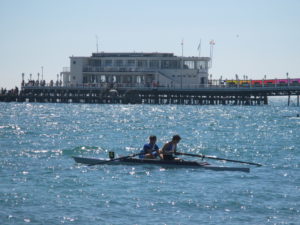 Dover had 3 crews in the Ladies Double Sculls Johnston / Jordon, West-Burrows / R Stothart and Smith / Day. An evenful start saw West-Burrows and R Stothart get tangled up with another crew leaving them trailing the field. Johnston / Jordon double competed well through the first turn and established themselves in third at the finish with Smith / Day in 9th and West-Burrows / R Stothart finishing 10th. The Ladies single sculls had Johnston and Lizzie Foley competing. Foley had the better start but was soon overhauled by Johnston who would fight for second place before finishing 3rd, whilst Foley came home in 6th. 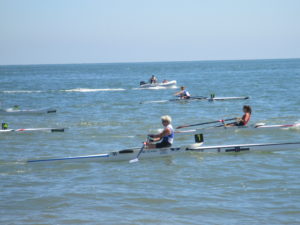 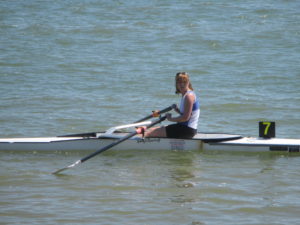 The Ladies Pairs races saw Johnston and West-Burrows come home in 5th in the Senior event and Juniors Jordan and Purvis missing out on points in 7th. 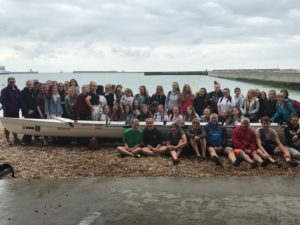 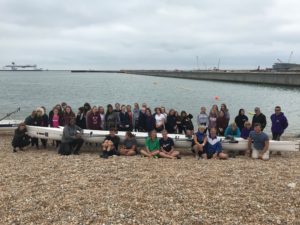 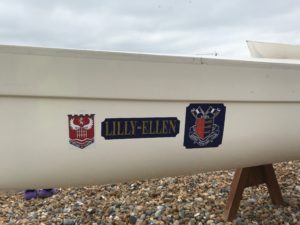 The camp was facilitated by volunteers from Dover RC and organised by the club’s committee and Safety Officer. The club would particularly like to thank the younger members involved, Ella Day, Jade Jordon, Rebecca and Tom Stothart, and hope to see many of the DGSG students again in the future. Anyone, young or older, interested in taking up rowing should contact the club via the website or Facebook page.