It was a case of late entries and borrowed boats for Dover at Southsea Regatta, the annual coming together of the CARA and Hants and Dorset divisions. Club Secretary Jacky Silk had to work hard to secure entries for the late returning university contingent. Chris Hall and Tom Stothart were the beneficiaries in the Men’s Junior Pairs facing off against a strong Herne Bay crew. The pair got a decent start and were battling Shoreham as they approached halfway where the Dover crew had to stop to let their opponents complete their turn. After exiting the turn in 5th place they pushed hard to move up the field gaining the lead with around 250m to go, before being chased down by Herne Bay on their inside at the line, leaving them frustratingly in 2nd place for the second year running. 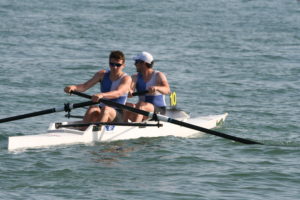 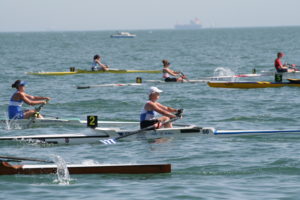 Jo Johnston qualified for the Ladies Novice Sculls final with a safe 4th place. In the final Johnston was in mid field at the turn before moving up into 3rd with 500m to go. In the later stages she closed down the 2nd placed sculler but was unable to catch her before the line. 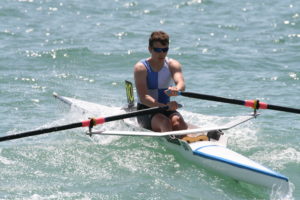 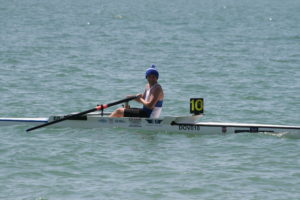 The men’s Novice Sculls saw T Stothart qualify in 3rd in the first heat whilst Cameron Mackintosh made it through in 4th in the second heat. In the final T Stothart got the better start and was in the leading group at the turn, whilst Mackintosh, who suffered cramp on the outward leg, turned last. T Stothart dropped down to third on the return run whilst Mackintosh secured CARA points in 8th.
Mackintosh rowed in the Men’s Novice Fours with Worthing, a comfortable heat performance saw them finish 1st. In the final they were neck and neck for 2nd over the last quarter of the race only to miss out in 3rd. 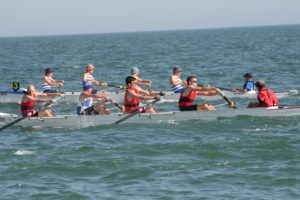 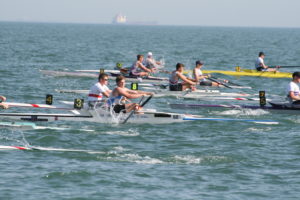 The Men’s Junior Sculls saw Nathan Peach and Hall compete. Peach who gained promotion to Junior last weekend got a better start in the inside lane whilst Hall found it harder going on the outside in his first scull of the season. Peach had moved outside by the turn and chased down the cluster of leading boats battling hard he moved to 3rd and was catching second with 200m to go. He was rowed down in a late sprint by a former Olympian, dropping to a very creditable 4th place. Hall came home in 8th taking CARA points.
The Ladies Double Sculls had Rebecca Stothart and Johnston competing. A good start saw the crew among the leaders on the outward leg before falling back on the return leg. A late surge saw them move up to 5th where they tried to close down Herne Bay in 4th but ran out of water at the line. Their 5th place secured 3rd place points for the CARA league standings. 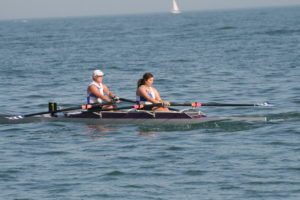 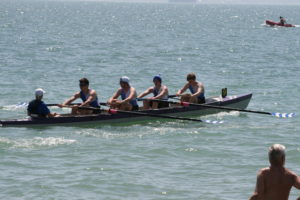 An experimental crew of Novice and Junior oarsmen went out in the Men’s Junior Fours. Peach, Mackintosh, Hall, T Stothart coxed in the heats by Johnston. A comfortable 4th place took them through to the final. R Stothart took on the coxing duties in the final. A slow start saw the Junior’s trailing down the outward leg. Unable to close the gap at the turn the crew tried to close down the field but were force to settle for 8th at the line and 4th among the CARA representatives.
Dover Rowing Club would like to thank Bexhill, Deal and Herne Bay Rowing Clubs for the use of their boats at Southsea.