Dover Rowers conquered rough conditions at Shoreham and Brighton Regattas this weekend where Nathan Peach gained promotion from Novice to Junior Sculler. In the heats Peach easily qualified in 1st place at Shoreham with Cameron Mackintosh just missing out in 5th. In the final Peach started strongly easing out to a lead of a length at the turn and extended his lead to 3 lengths on the run home making two wins in a row and progression to the Junior ranks. Peach’s first Junior outing ended in disqualification after a wave unseated him as he turned, leaving him disappointed after finishing 2nd. Mackintosh qualified for the final in Brighton in 4th place but regretted changes boats for the final where he came home 8th. 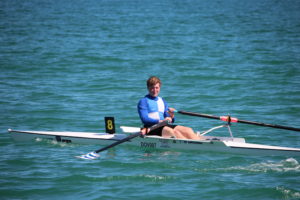 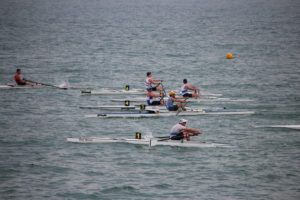 The Novice Men’s Fours saw the new combination of Sebastian Steele in his first races, Mackintosh, Peach, George Newman coxed by Emma Oliver. A determined effort at Shoreham saw the crew battle for the leading positions at the turn before entering a neck and neck race for 1st through the last 500 m missing out by a canvas on the line. At Brighton the same crew had a similar run this time fighting for 2nd on the return leg securing their second runners up spot. 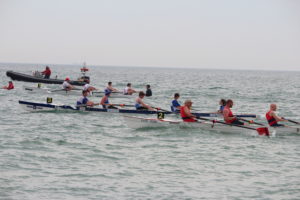 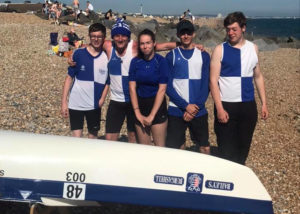 Peach and Newman were joined by Jasper Mallet and James Hale both making their club debuts, they were coxed by Mackintosh at Shoreham and Oliver at Brighton in the J16 Men’s Quad. The young crew secured 3rd places on both days against strong, established crews. The Ladies J16 of Chantel Mayes, Emma Spanton, Emma Oliver, SJ Bamfield, coxed by Jo Johnston carried on with their good form finishing in 2nd in both races as they unable to row down their nemesis, the Herne Bay crew. 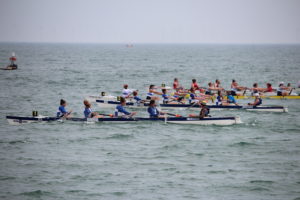 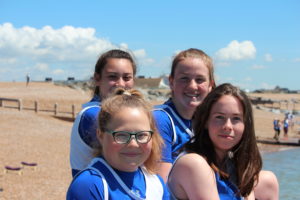 There were also two crews in the Ladies Double Sculls with Johnston and Stothart competing against Maria West-Burrows and Thorp. Johnston / Stothart narrowly missed out on a top two finish at Shoreham coming in 3rd, whilst West-Burrows and Thorp gained points in 6th. At Brighton the crews switched with Johnston / Thorp took 4th and West-Burrows / Stothart were 6th. Johnston continued to battle much younger opponents in the Ladies Single Sculls event, taking creditable 4th and 5th places over the two days

In a competitive Senior ladies pairs field, Johnston and West-Burrows struggled to make the desired impact, finishing outside the points in 7th and 9th. 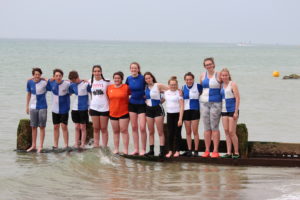 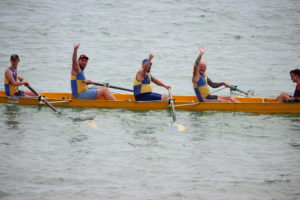 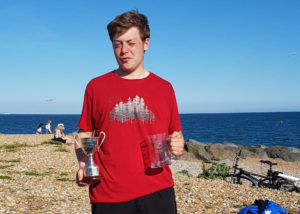 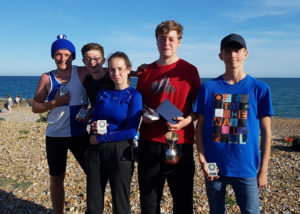