Dover Rowing Club had an excellent home regatta at the weekend which saw the club highly placed in the overall points competition following a strong turnout from the Dover Rowing community. The Men’s Fours crews led the results, taking two wins, whilst several second and third place finishes came in other events. 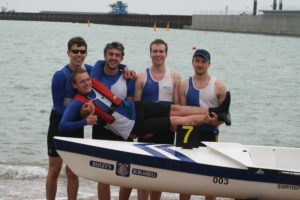 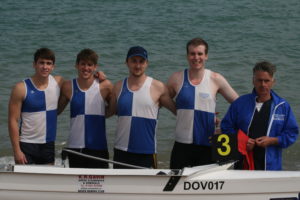 The Men’s Junior Fours crew of Angus Fraser, Ed Thomas, Chris Hall, Tom Stothart coxed by Cameron Mackintosh, featuring two Novices got a great start and were amongst the leading crews at the buoy turn with Bexhill leading. The return leg rapidly became a head to head battle as Dover ran down Bexhill with a tight finish seeing Dover triumph by under a boat length. The Men’s Novice Fours featured brothers Toby and Jacob Scrivener who were joined by Fraser and Thomas, and coxed by Paul Scrivener. Dover’s B crew in this event contained Mackintosh, Nathan Peach, Ollie Scrivener, Michael Riplaut coxed by Jade Jordon. Dover B got the better start and were ahead of Dover A over the first part of the race. Dover A steadily applied their training and eased past their team mates and through the field to turn in the lead. Despite Shoreham’s best effort the Dover crew extended to a two length lead which they maintained to the finish line. Dover B acquitted themselves well given their level of experience coming home 7th. 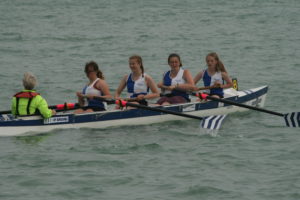 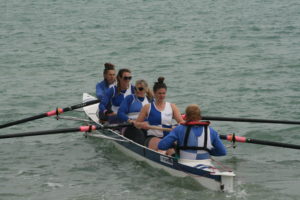 The Stothart family’s success continued in the Ladies events as Rebecca Stothart joined Chloe Bicker, Morgan Evans, Jordon coxed by Jo Johnston to compete in the Ladies J16 Quad Sculls. In the straight sprint event the Dover crew got off to a good start running neck and neck with Herne Bay until their opponents showed their power and pulled away. Dover’s crew comfortably led the 3rd place crew to the line to secure 2nd. Young Lucy Horton raced with Herne Bay in the J14 Quad Sculls race coming home in 3rd place. The Novice Ladies Fours had R Stothart, Ella Day, Evans, Jordon cox by Johnston with Dover B comprising of Catrina Moore, Hilary Horton, Antonia Reed, Amy Lewington coxed by P Scrivener and Dover C with Sue Faraone, Sophie Wolfenden Kate Day, Kate Smith, coxed by Tony Burrows. Dover A got the better of the starts and moved into competition for the lead whilst the largely inexperienced crews struggled to make headway. Dover A turned third but were moving well, overtaking Deal before closing on the leading Folkestone boat. Disaster struck as Evans caught a crab stopping the boat, great composure was shown by the young crew as they recovered quickly to finish 2nd. Dover C and B crews pushed on in the latter part of the race to finish in the points in 5th and 6th respectively.

The Men’s Junior Pairs saw the fours crew compete against each other with Hall and Stothart as Dover A and Fraser and Thomas as the B crew. Dover A got off to the cleaner start as the B crew had an early clash of blades with Folkestone. By the turn the B crew had moved into second behind Herne Bay who they chased to the three quarter point where an adjustment in their line saw the chance of victory expire, leaving them to secure 2nd place. The A crew were caught in a battle with Bexhill that saw them fall to 4th. 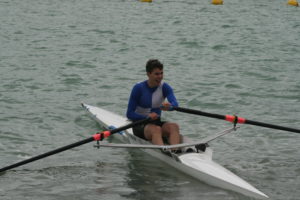 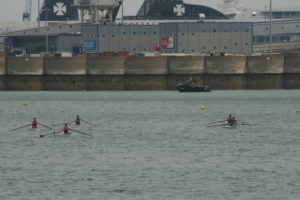 The individual sculling events saw heats for the Men’s Novice sculls that saw Stothart and Burrows qualify for the final with Thomas just missing out. Young Peach had a creditable first sculls race remaining in contention up to the buoys giving him a good platform to build on for the future. Both Peach and P Scrivener missed out on the final. A tired Stothart lined up with Burrows in the final hoping to repeat his win from last week. On the less favoured inside lanes Stothart set off in a tight race with his neighbouring Herne Bay sculler whilst Burrows was pushing hard from the outside lane. Stothart turned second but was unable to catch the lead boat seeing him finish second with Burrows just missing out on points in 7th. 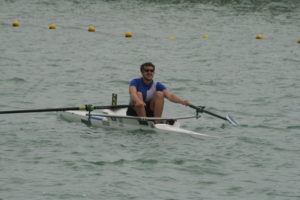 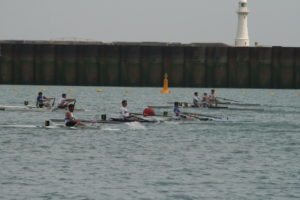 The Men’s Junior Sculls featured Hall and Chris Price in a straight final. Hall got off the start in first and entered a duel with his University Rowing Captain who competes for Bexhill. Price found himself in the mix for the points finishes. At the turn the Bexhill sculler led Hall who chased hard on the return leg but found himself fending off a fast closing Deal Sculler as Hall came home 2nd whilst Price narrowly missed out on points coming home 7th.

The Ladies open sculls saw Johnston in a small field. By the buoys Johnston turned third, still hoping to compete for the top spot, before the lead sculler extended her lead. Johnston eventually came home in third. 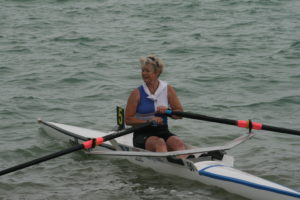 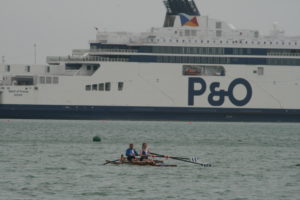 There were three crews in the Ladies Double Sculls Dover A – Johnston and Jordon, Dover B – Maria West-Burrows and Day, Dover C – Smith and Stothart. Dover’s A crew had a strong start and were initially running with Shoreham whilst the other crews were fighting for points finishes. As Shoreham made a decisive break for what would be an easy win the Dover crews fell into a fight with each other with the A crew finishing 4th, B in 5th and C taking the last point in 6th.

In the Ladies Junior Fours race the Dover crew of Jen Jordan, Chrissy Purvis, West-Burrows, Smith coxed by Johnston got a great start which saw them in the top 4 boats in a large field. With two crews pulling away Dover battled the Worthing inside crew. Turning together Dover gradually pulled away to narrowly take 3rd place. 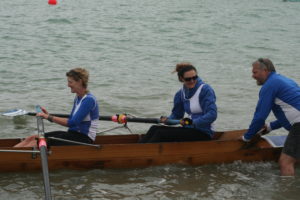 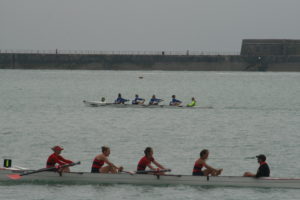 The Ladies Junior Pairs saw Jordan and Purvis compete in their first race pairs race. They had a good start and maintained a good line on the outward leg turning with a group of other crews. Maintaining form they approached the finishing line and were surprised to find they had 3rd place.

The Ladies Senior Pair of Johnston and West-Burrows found themselves pursuing two strong Shoreham crews. By the turns it was clear that Dover’s crew could not catch the leaders coming home in 3rd. 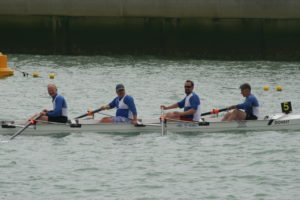 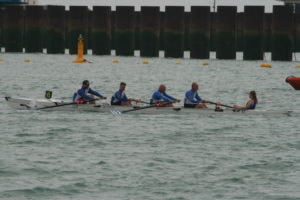 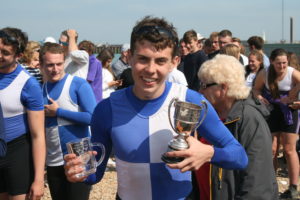 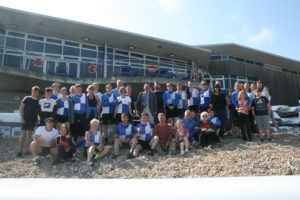 Dover Rowing Club would like to thank the following sponsors and supporters: