Southsea Regatta, the traditional competition between the Coast Amateur Rowing Association clubs and those from the Hants and Dorset division, ended prior to the completion of most finals due to deteriorating sea conditions. 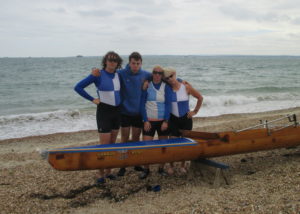 For Dover Rowing Club there was frustration as none of their finals were completed. With recent seasons being blessed with generally good conditions this has been a challenging year.  Disruption caused by strong winds has led to three regattas being curtailed with a further five cancelled on their original scheduled dates. This weekend will see Dover RC competing at the rearranged Worthing regattas, as ever weather permitting!