The weekend saw Dover Rowing Club in action in Herne Bay and Folkestone Regattas. In generally good but hot conditions Dover struggled to make the impact they had hoped for. The Men’s Junior Pairs crew of Tom Stothart and Chris Hall were unable to repeat their win from Deal after having technical issues with their boat on both days leaving them disappointed in 7th and 10th place. 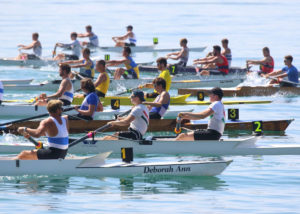 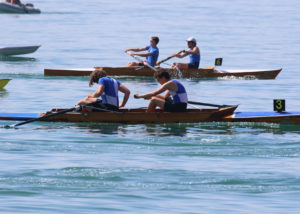 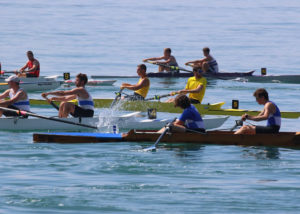 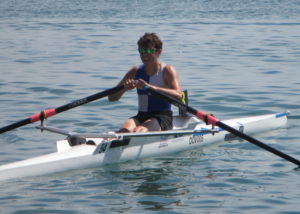 There was frustration at Herne Bay for the Novice Scullers after T Stothart and Tony Burrows qualified for the final only for the race to be cancelled as water depth prevented the safety boats from operating. The next day saw Burrows and Paul Scrivener fail to qualify with only Stothart coming through. Young Stothart, nicknamed ‘Topsy Turvy Tom’ at the Club for his habit of capsizing last season, got off to a great start and was in a battle for 1st on the outward leg. After the turn he fell a few lengths behind and finished in 2nd with a similar leading margin over the 3rd placed sculler and securing his first sculling prize.
The Ladies Double Sculls suffered the same fate as the Men’s Novice Sculls on the Saturday. Sunday saw the normal crews flipped with Jo Johnston and Rebecca Stothart competing against Maria West-Burrows and Mary Newcombe. The experiment didn’t end well with the West-Burrows/Newcombe pairing unable to finish due to illness and Johnston/Stothart coming home 7th. 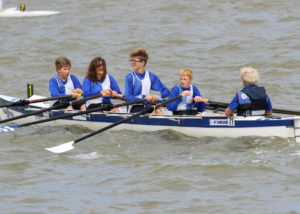 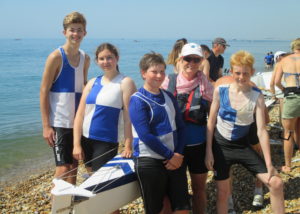 The J14 Quad Sculls race saw the same crew compete both days, Will Crickson, R. Stothart, Ty Young, George Burrows coxed by Johnston took on older crews both days. At Herne Bay the youngsters showed improvement as they remained competitive further into the 1000m race dropping away around the 600m mark. Working hard they maintained a good rate to finish 5th, 3 lengths ahead of the 6th placed crew. Day 2 the young scullers fought hard to improve to 4th overall at the finish.
Ladies Open Sculls saw Johnston chase down the faster starting Shoreham sculler on the outbound leg at Herne Bay as both competitors found the Folkestone sculler too strong. Johnston was neck and neck on the return leg fighting to the line finishing 3rd; a result she repeated at Folkestone. The Men’s Junior Sculls saw Hall and Chris Price in action, Hall racing from lane 5 with Price pushed out to the unfavoured 10th lane. At the turn Hall came out in 4th with Price two places back. Neither sculler was able to improve their position on the return leg. At Folkestone only Hall competed. With a good outward leg Hall had hopes of a top two placing but was forced to defend his line at the buoy as a rival tried to force him wide. The turn cost Hall as he found himself dropping behind the two leading boats whilst working to hold off a pursuing sculler, leaving him to come in 3rd. 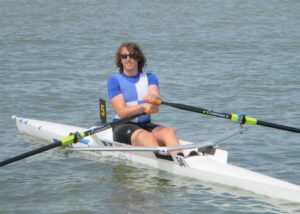 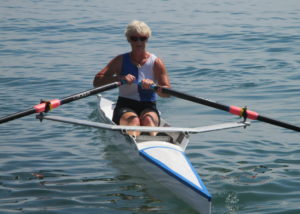 Veteran rower Nick Bailey was without a crew at Herne Bay so entered the Senior Sculls race. Giving at least 20 years to his opponents Nick battled bravely coming home 9th. In Folkestone Nick was joined by Scrivener, Chrissy Purvis and Andrew ‘Oily’ Bryant who were coxed by Newcombe in the Veteran 40+. The crew found the competition tough going, finding themselves dropping back in the pack turning in 6th place. The return leg saw the Dover crew unable improve on their position. In the Veteran 50+ Scrivener, Bailey and Bryant were joined by Shoreham’s Jim Dixon coxed by Purvis. With two crews breaking clear early on Dover’s Vet crew found themselves in a 3 way battle culminating in a tight finish, coming 4th.
Dover’s Ladies Junior Fours at Folkestone featured Jen Jordan, Purvis, West-Burrows, Newcombe coxed by Johnston. They pushed into 4th place at 500m and maintained their poise under pressure at the turn but came under increasing pressure in the last 200m only to drop to 5th on the last stroke. 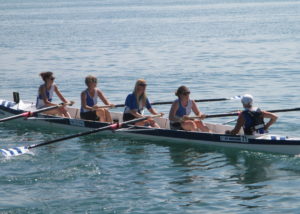 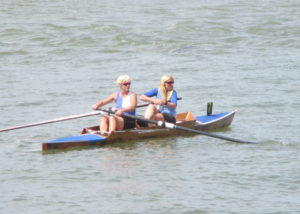 Following two 2nd places the Senior Ladies Pair of Johnston and West-Burrows were hopeful of repeating those performances. Herne Bay saw a stronger field leaving the Dover crew pushed down by the turns. There was disappointment for the pairing as they finished 6th. At Folkestone they had regrouped and pushed hard from the start. Turning in 4th they entered a tight battle in the return but were just pipped at the finish line. 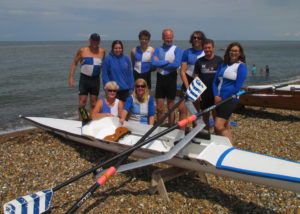 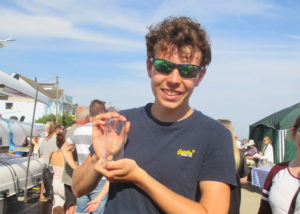