Dover Rowing Club were in competition at the South Coast Championship on a straight 2km course from Walmer Bandstand, through the pier, to Deal Rowing club.

Dover Captain Tony Burrows again joined Eastbourne’s Masters 50+ crew of Norwood, Guppy, Warland and coxed by Bishop. With no Championship category for the 50+ the top CARA crews competed in the final. Hastings took the early lead with Burrows’ crew slotting into a clear second place. Both crews showed great form through the pier with Hastings holding a little over a length lead. Burrows’ crew made their move with a third of the course to go gradually drawing level. Hastings caught a runner in the last 200m and the opportunity seemed to have passed until Burrows’ crew received a similar runner to inch ahead and grabbed the win by three quarters of a length. At the umpires confirmation celebrations broke out among the veteran crew. 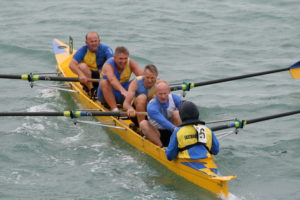 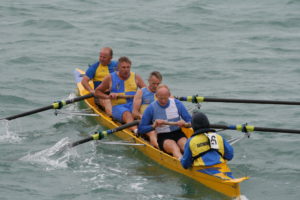 The Ladies Junior Open Fours saw Jen Jordan, Chrissy Purvis, Maria West-Burrows, Kate Smith coxed by Jo Johnston competing in the first heat. A good start saw Dover’s top ladies crew move into second place early on and they qualified for the final just behind the heat winners. In the largest final of the day the Dover Ladies again were off the line well and moved into third place as they approached the pier. As they cleared the pier Christchurch moved to block their line and protect their second place. The chase was on as Dover tried to get by Christchurch, closing the gap to less than two lengths but Dover ran out of water finishing third. 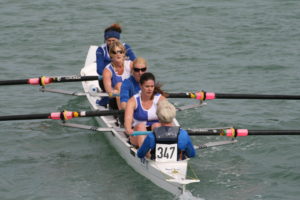 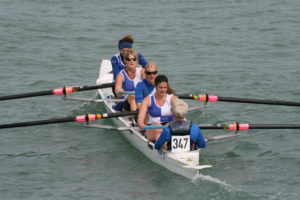 In the Men’s Junior Fours a late seat change saw a crew of Chris Hall, Michael Ripault, Nathan Peach, Tom Stothart coxed by Paul Scrivener competing. A slow start saw the Dover crew at the back of the field but by the pier the team were in rhythm and were catching Eastbourne. Driving hard in the second half of the race Dover moved past Eastbourne and were rapidly closing in on 3rd place Shoreham moving to overlap but were unable to take the qualifying spot. 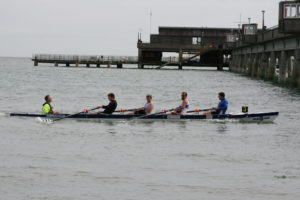 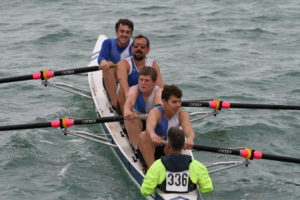 The Ladies J16 Quads Rebecca Stothart, Morgan Evans, Ella Day, Jade Jordon coxed by Burrows found themselves in a much larger field than they were used to in the shorter 1 km event. The young crew got a poor start and were chasing the field moving up slowly to compete for 6th place just missing out on the line. The same crew competed later in the Novice Ladies Four with Hall coxing this race. A better start saw the ladies in the mix during the early stages before starting to slip behind as they approached the pier. Hall steered the novices inshore searching for better water, clearing the pier they set off in pursuit. At the finish the ladies were left a canvas short of 5th place. 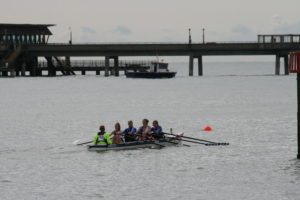 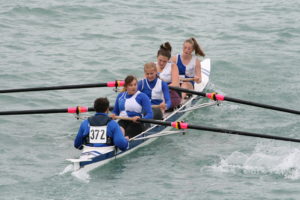 The Masters 40+ saw Scrivener, Ripault, Nick Bailey, Burrows coxed by T Stothart competing. The veteran Dover rowers were in 5th place at the pier but were having issues with their rhythm. Organising themselves they pushed on but were unable to improve their position. 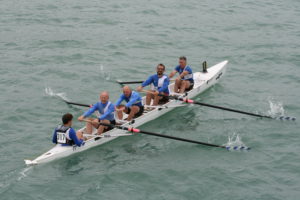 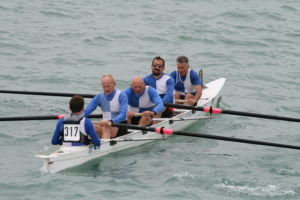 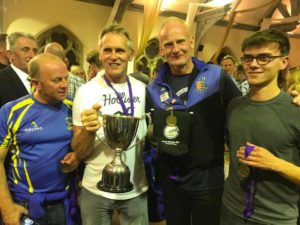