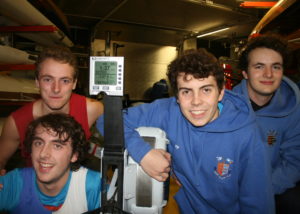 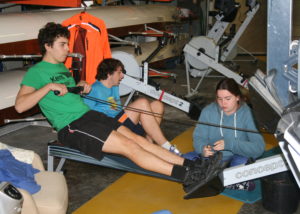 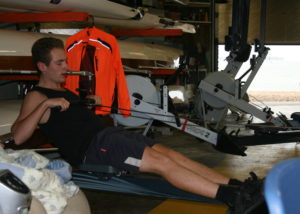 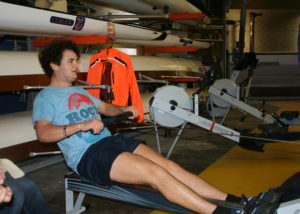 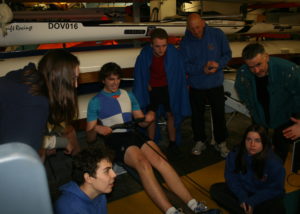 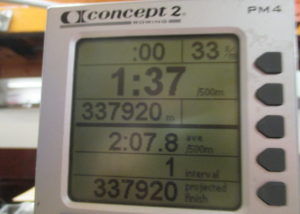 Using a 30 minute rotation they started at 17:00 hours on Friday with Stothart, rowing in memory of his father who he lost to cancer recently up first, Mackintosh then took over with Mills followed by Hall finishing each round. The group set off strongly and received good support from both Dover and Deal Rowing Club members. The early hours brought their own challenges including a short blackout during which Mackintosh had to row torchlight. Having survived the challenges of the night the four rallied as the morning brought fresh food supplies and visitors.

The last rotation saw the Dover Grammar School sixth formers give everything as each in turned finished. Between the four of them they used over 21,000 calories and are very close to achieving their target of £1000 from the Just Giving page at https://www.justgiving.com/crowdfunding/dover-rowingclub and cash donations. They would like to thank everyone who has supported their efforts through help and donations with a special mention to Jacky Silk who stayed overnight and made the challenge possible.

The Charity Row was supported by:

Special mention to Paul Scrivener for the inflatable bed!